History of the Chihiro Art Museum

From Tokyo to Nagano

The Chihiro Art Museum Tokyo (formerly Chihiro Iwasaki Art Museum of Picture Books) was established in 1977 to commemorate Chihiro Iwasaki (1918-1974), a Japanese artist renowned for her charming paintings and illustrations of flowers and children, which appeared widely not only in picture books, but also in illustrated magazines, textbooks, novels, calendars, and elsewhere beginning in the late 1950s. The Museum, financed through donations and royalties from Chihiro’s artwork, was built on the site where Chihiro lived and worked from 1952 until her death in 1974. It was created in response to the strong wish of Chihiro’s many devoted fans for a place dedicated to the permanent display of her art. As such, it is one of the few pioneer museums anywhere in the world to be devoted exclusively to the work of an artist who specialized in illustrations for children’s books.

In the late ’80s, the Museum began to expand the scope of its collection to include original artwork from significant children’s book artists throughout the world, greatly enriching its various exhibitions and programs. In the early ’90s, to accommodate additional artwork acquisitions and broaden its range of activities, the Museum decided to build a new facility in Matsukawa Village in Azumino, Nagano.

In the spring of 1997, in commemoration of the twentieth anniversary of the establishment of the Chihiro Art Museum Tokyo, the Chihiro Art Museum Azumino opened its doors in Nagano Prefecture. As Chihiro’s parents were both from Nagano, Chihiro was very familiar with the region and held a deep affection for it as her spiritual home. The Chihiro Art Museum Azumino, surrounded by a 35,000-square-meter park, is located in Matsukawa Village, where Chihiro’s parents settled after the end of World War II to devote the rest of their lives to the reclamation of uncultivated land there. In addition to displays of artwork by Chihiro Iwasaki, regular exhibits include selections from the International Collection and a display focusing on the history of picture book illustrations.

In 2002, to mark its 25th anniversary, the Chihiro Art Museum Tokyo reopened its doors following a complete renovation and now features an entirely barrier-free building offering double the public space of the former structure. The new museum is filled with Chihiro’s work and Chihiro’s memories.

Attendance at the Chihiro Art Museum Tokyo during its 30-year history has exceeded 2,197,000, while the number of visitors to the Chihiro Art Museum Azumino has reached 2,207,000. Additionally, the 50 traveling Chihiro Exhibitions that have been held since 1987 have recorded a cumulative attendance surpassing 2,419,000 visitors.

Both the Chihiro Art Museum in Tokyo and Azumino are operated by the Chihiro Iwasaki Memorial Foundation, which was established in June of 1976 with the aims of commemorating Chihiro Iwasaki’s achievements, inheriting Chihiro’s sincere wish for peace for children of the world, and contributing to the liberal and versatile cultural development of children. In addition to running the two Museums and holding exhibitions both in Japan and abroad (in North America, China, Vietnam and Korea), the Foundation has been active in conducting research, publishing books and catalogues, and promoting further cultural exchange among national and international children’s book organizations.

40 Years of the Chihiro Art Museum

In 2017, we published the booklet “40 Years of the Chihiro Art Museum,” which enables readers to explore our history, including past exhibitions and events. A PDF version of the booklet is available in English.

The Basic Philosophy behind the Museum Collection

In the belief that outstanding picture book illustrations represent one of humanity’s precious cultural treasures, the Chihiro Art Museum strives to collect, preserve and study this genre of original artwork and make it available to the public.
While the Collection focuses primarily on works created after 1945 by picture-book artists of historical significance and active modern-day illustrators, it also includes artwork produced by picture book pioneers from various countries. The Collection now stands as an indispensable element supporting the Chihiro Art Museum’s exhibitions, publications, and other activities, all with a focus on picture books and children’s culture.
The Museum is committed to serving as a center of art for children and to promote further cultural exchange among national and international children’s book organizations.

The Museum’s International Collection is one of the largest collections of picture book illustrations in the world. It now consists of nearly 17,950 pieces created by 207 artists from 35 countries, comprising a comprehensive overview of the world of art for children. Many of the artists represented in the Collection have received famous international awards, including such accolades as the Randolph Caldecott Medal, the Hans Christian Andersen Illustrator Award, and the BIB Grand Prize. We hope that you will enjoy the diversity of the International Collection, made possible by gifted illustrators from Europe, North and South America, Asia, Africa, and Oceania.

In addition to holding exhibitions, both the Chihiro Art Museums Tokyo and Azumino are committed to making its facilities and programs accessible and enjoyable to people of all ages through various educational activities and entertaining events.

In order to preserve our artwork collections, the Museum maintains the following environmental conditions for its exhibits and repositories:

A Glimpse of Our International Activities 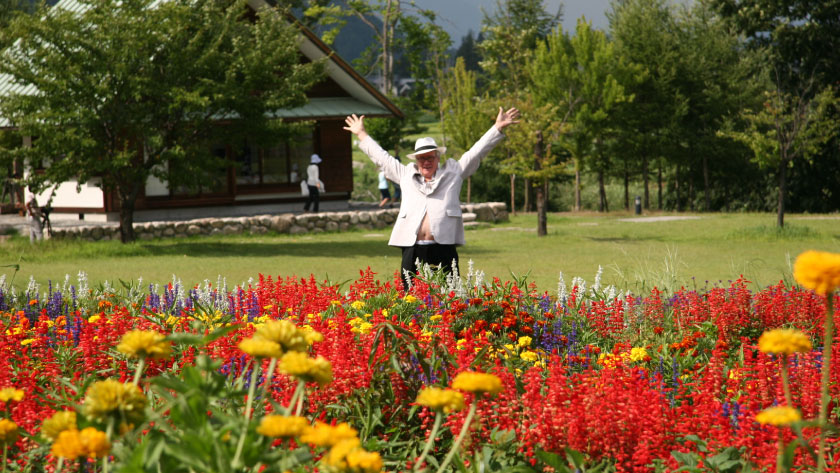 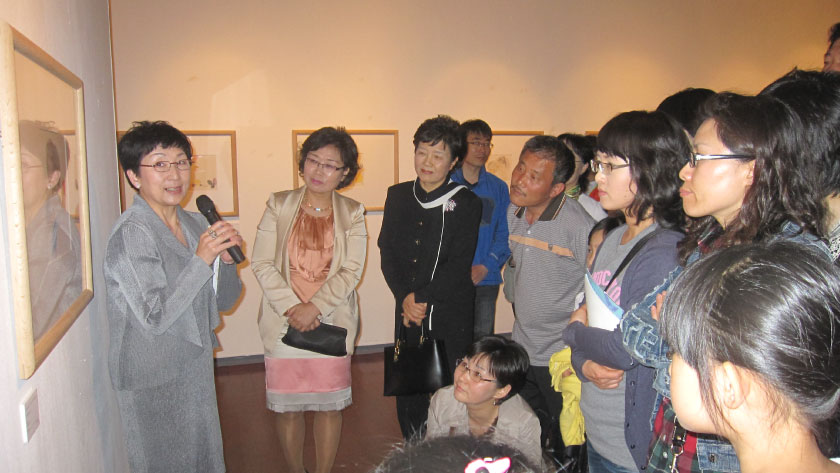 2011 Gallery talk at the exhibition in Gimhae, Korea 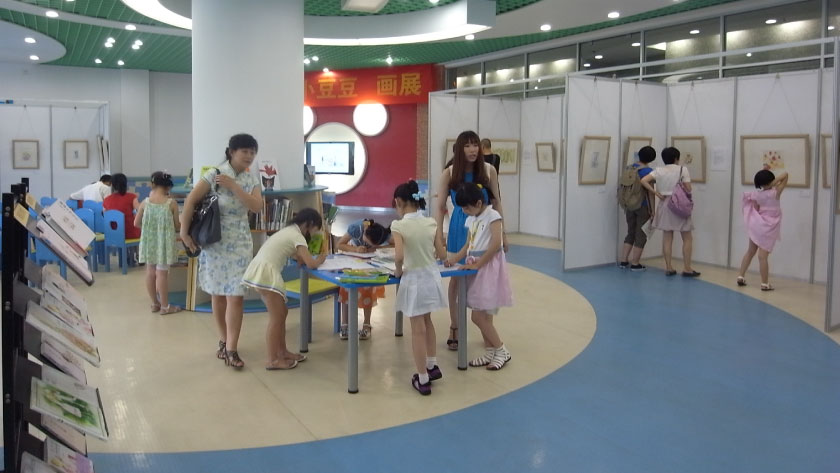 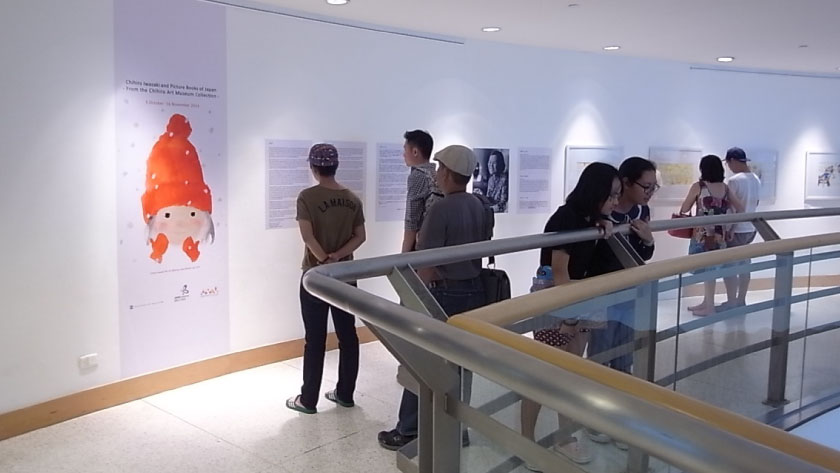 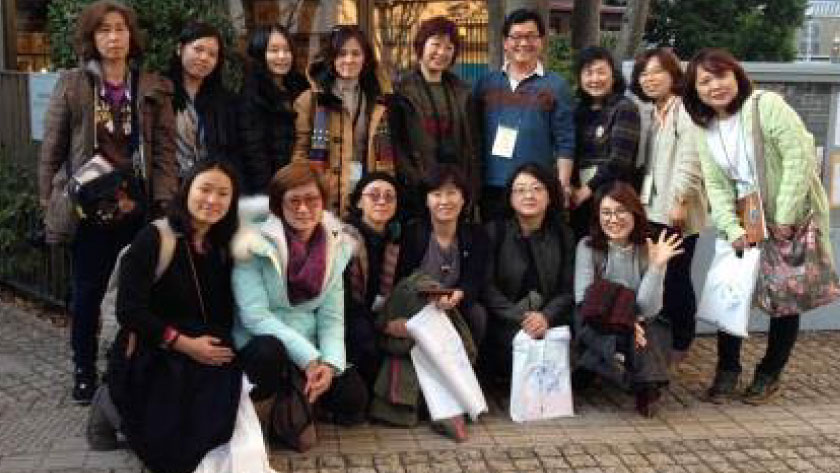