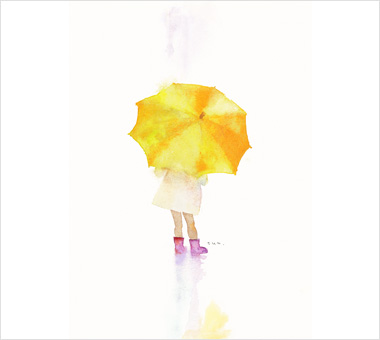 <3rd Exhibition in Commemoration of the Museum's 40th Anniversary>

Chihiro, who said she liked fairy tales that were “short, beautiful, and called to mind a range of images, like poetry does,” carved out her own unique method of picture book expression through a series of picture books that were called “feeling picture books,” such as Kotori no Kuruhi (The Pretty Bird). Starting from a young age, she liked Manyoshu (the oldest existing collection of Japanese poetry) and the poems of Kenji Miyazawa and, through this exhibition, we will explore the sensibilities behind the overflowing poetic charm that infuses Chihiro’s illustrations.