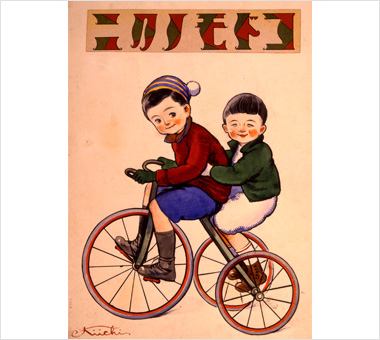 <4th Exhibition in Commemoration of the Museum's 40th Anniversary>

In the 1910s, several Japanese magazines for children, such as as Kodomo no Tomo (The Children’s Companion) and Akai Tori (Red Bird), were launched one after the other. Against the backdrop of the prosperity that arrived to Japan after World War I, a period known as the Taisho Democracy, highly artistic illustrated magazines and picture books emerged from the movement at the time promoting fairy tales, nursery songs and pictures for children. Following World War II, picture books enjoyed a resurgence thanks to the contributions of Chihiro Iwasaki and other unique artists. In this exhibition we will follow the progression of the uniquely rich expressiveness of Japanese picture books over the past 100 years.