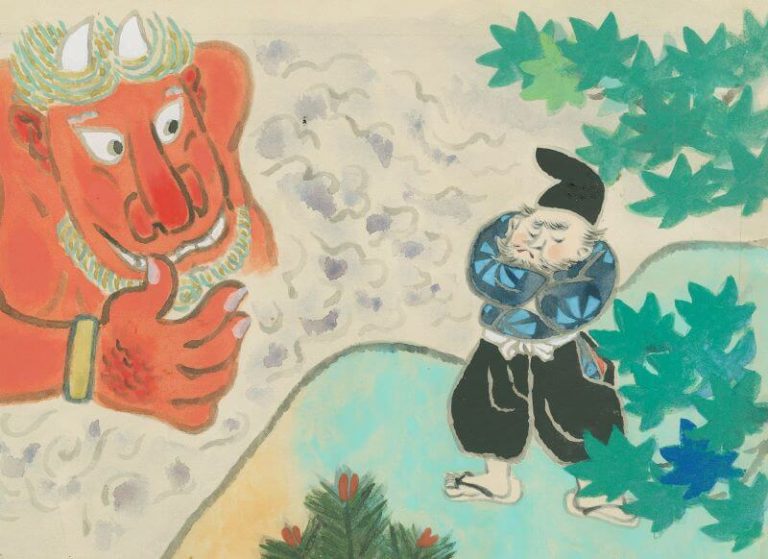 Suekichi Akaba, from Daiku to Oniroku (Oniroku and the Carpenter), Fukuinkan Shoten Publishers, 1962

Akaba once said, “I aspire to convey the beauty of old Japanese traditional art with a modern interpretation to the children of the next generation.” His first picture book Kasa Jizo (The Umbrella God) was depicted in ink and Daiku to Oniroku (Oniroku and the Carpenter) which followed the year after was painted in the Yamatoe style. Henceforth, Akaba took to studying Japanese painting and sought to find the form of expression most suited to the subject of the respective picture books he worked on. Akaba also incorporated his own interpretations of styles used in old narrative illustrations such as picture scrolls, Nara-ehon (illustrated manuscripts) and Tanroku-bon into his picture books. In this exhibit we will explore the appeal of Akaba’s picture books which serve as a gateway for children to understand the world of Japanese art.