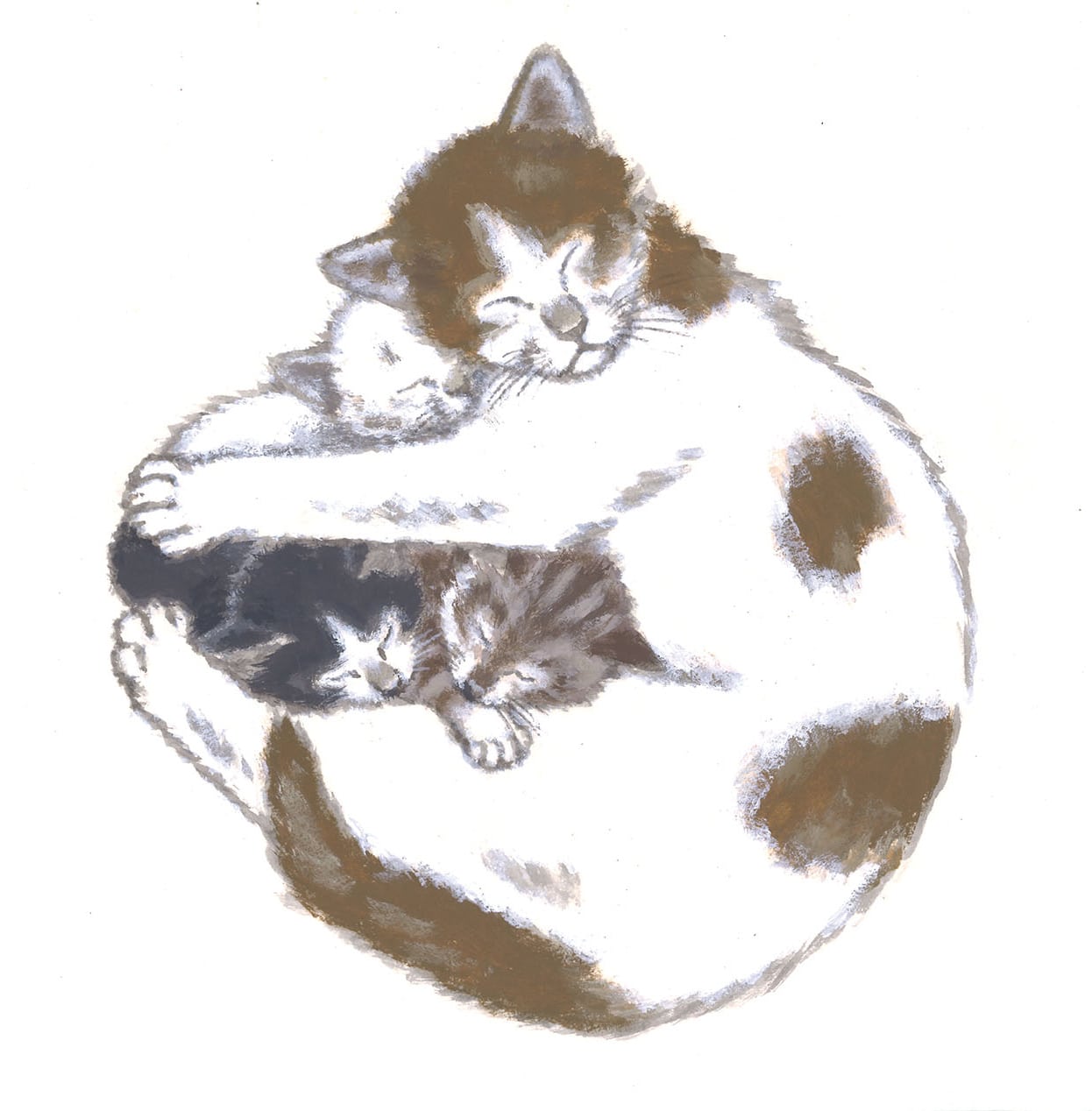 Tai Yasu. From Suiccho Neko (The Cat Who Swallowed a Cricket) (Froebel-Kan), 1975

The Standard Bearer of the Art for Children Movement: Tai Yasu, the Cat Artist

Tai Yasu (1903–1979) began producing artwork for the illustrated children’s magazine Kodomo no Kuni (Children’s Land) in the latter half of the 1920s and became a central figure among his colleagues, who came to be known as the second generation of children’s artists. After the war, he promptly dedicated himself to the revival of art for children and continued to produce illustrations of endearing animals rooted in realism for children’s books. In this exhibit we showcase numerous examples of Yasu’s picture book illustrations and artwork for children with a focus on his specialty of cats. Additionally, we will present assorted materials reflecting trends in the world of art for children from before to after the war and the role that Yasu played amid these developments.