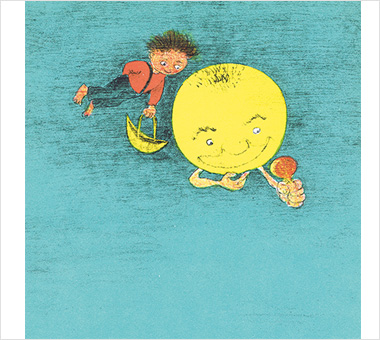 <4th Exhibition in Commemoration of the Museum's 20th Anniversary>

Ib Spang Olsen was a Danish illustrator and was recognized with the prestigious Hans Christian Andersen Award for illustration. In this exhibition we will show around 150 original pieces that were featured in a retrospective exhibit of Olsen’s work held last year in Copenhagen, including original artwork from such picture books as The Boy in the Moon and The Fairy Tales of Andersen, as well as posters and animated works.